Watch Our Past Events

Here are just a few of our events (and video's) we have recorded for you to watch via YouTube. Just click on the image to start... enjoy!

What works, in their perspective? Ending structural inequality to smash the cycle; justice systems which support not break down women to reduce chronic under-reporting; projects like women’s police stations in India and financial empowerment in Italy; and feminist activism. 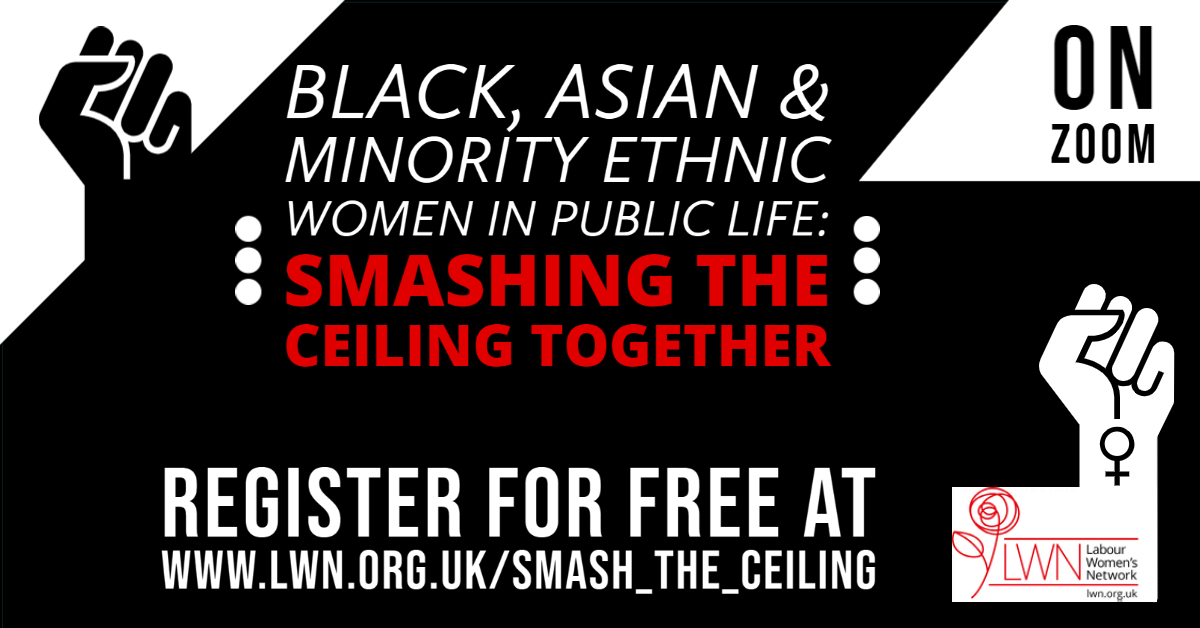 Join LWN for a relaxed but challenging conversation on why minority women in public life face disproportionate barriers and abuse. 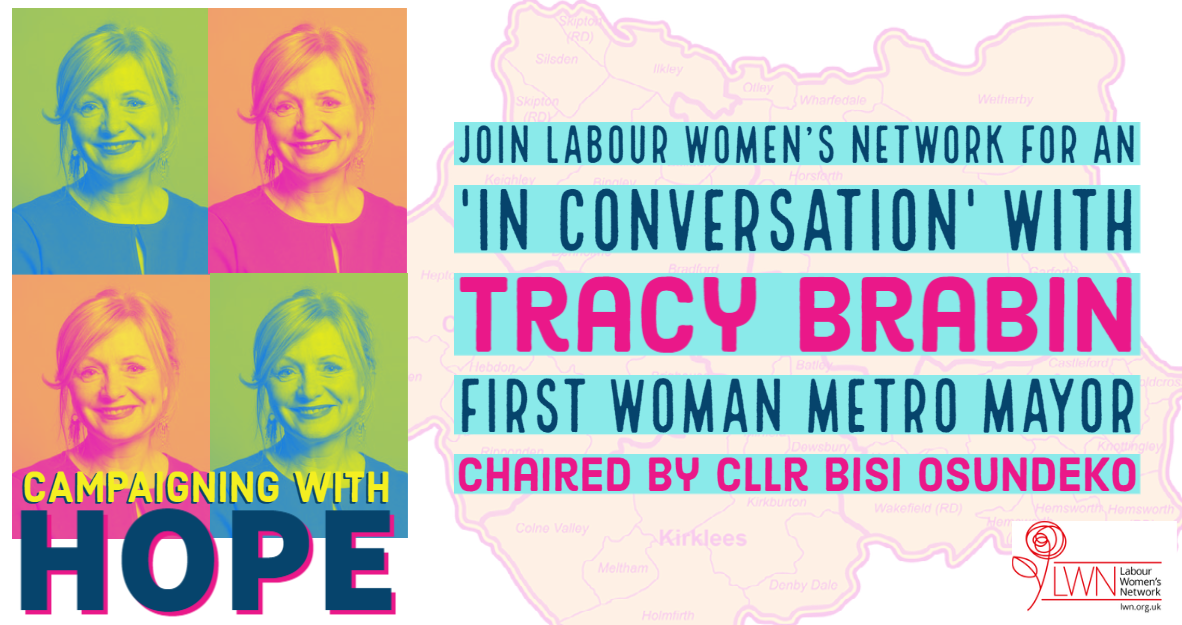 Campaigning With Hope: In Conversation with Tracy Brabin.

Councillor Bisi Osundeko will lead us in an evening of discussion with Tracy Brabin about smashing glass ceilings, campaigning with hope and vision, succeeding in politics from a non-traditional background, and more.

Born in Batley, Tracy was an actress and TV writer prior to entering politics, appearing in Coronation Street, Eastenders, Casualty and Emmerdale. She was elected MP for Batley and Spen in 2016 after the tragic assination of former LWN Chair, Jo Cox MP. She left the Commons once she was elected as Labour/Co-Operative Mayor of West Yorkshire in May 2021, the first woman Metro Mayor in almost twenty years since the creation of a directly elected Mayor of London. 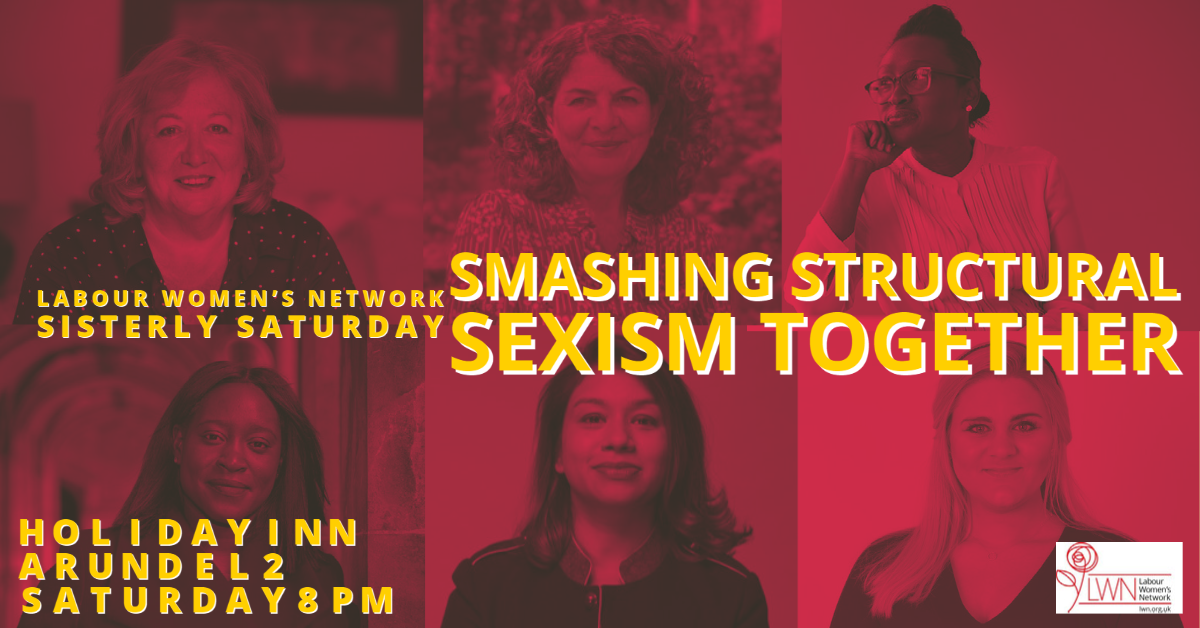 Our 2021 Conference fringe was Sisterly Saturday: Smashing Structural Sexism Together which was streamed LIVE on Facebook, hence the change if recording.

This upbeat but honest evening calling out the structures of sexism we still need to tear down, charting women's progress, and celebrating the role of sisterhood in boosting our resilience and emboldening us for the fight. 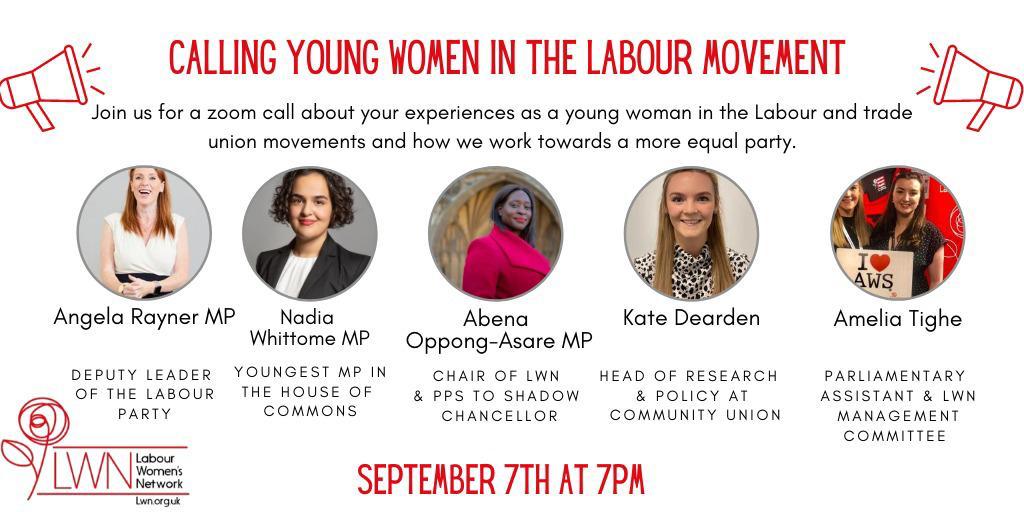 LWN has a long history of encouraging women to speak up, speak out and stand up in the Labour Party and we want to make sure that we are encouraging the next generation to be trailblazers too.

Listen to a great line-up from - Angela Rayner MP, Deputy Leader of the Labour Party and graduate of LWN training scheme, Nadia Whittome MP, The youngest MP in the House of Commons Abena Oppong-Asare MP, Chair of LWN and PPS to the Shadow Chancellor, Kate Dearden, Head of Research and Policy at Community Union, Amelia Tighe, LWN Committee member and Parliamentary Assistant. 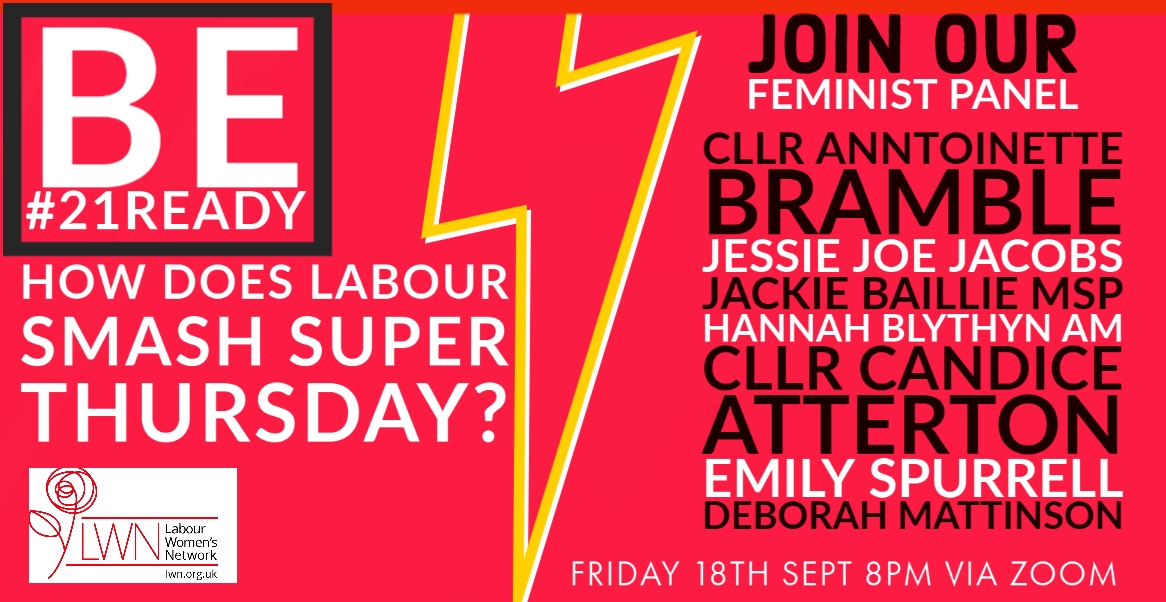 Labour's electoral challenge in May 2021 is great -from the red wall, to Scotland, and beyond, how do we rebuild Labour and win seats at all levels? 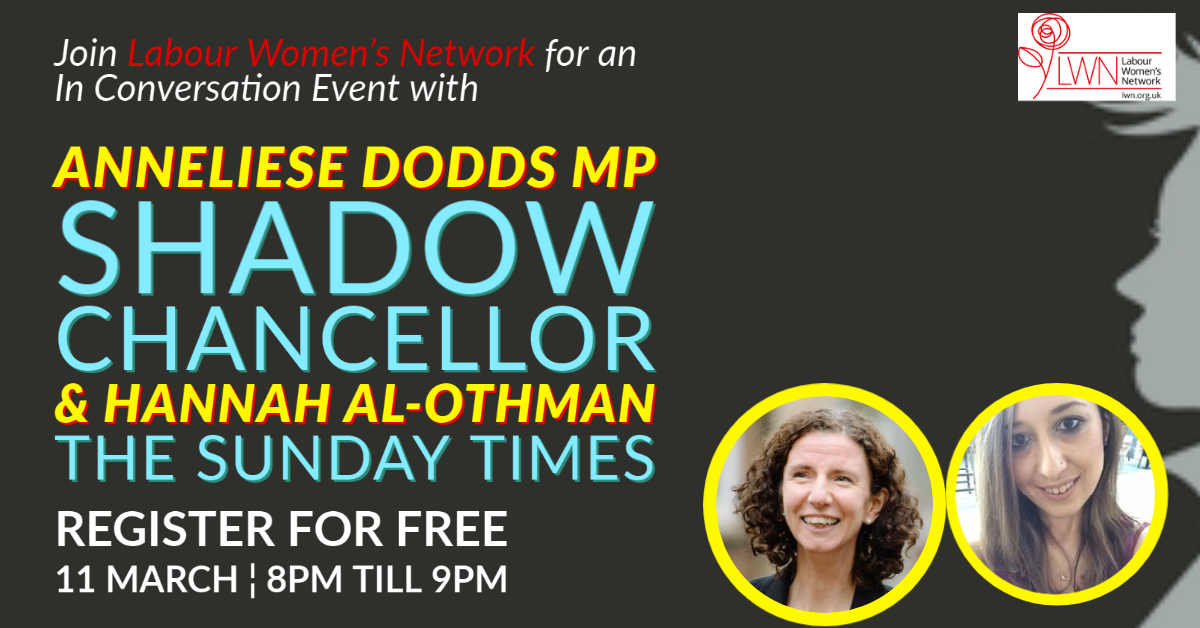 Join LWN for a frank and feminist conversation with first woman Shadow Chancellor Anneliese Dodds, and guest Interviewer Hannah Al-Othman of the Sunday Times, introduced by LWN Chair, Abena Oppong-Asare MP. Find out how Anneliese deals with stress, what she thinks of Rishi Sunak, and where she fits in Labour movement politics. 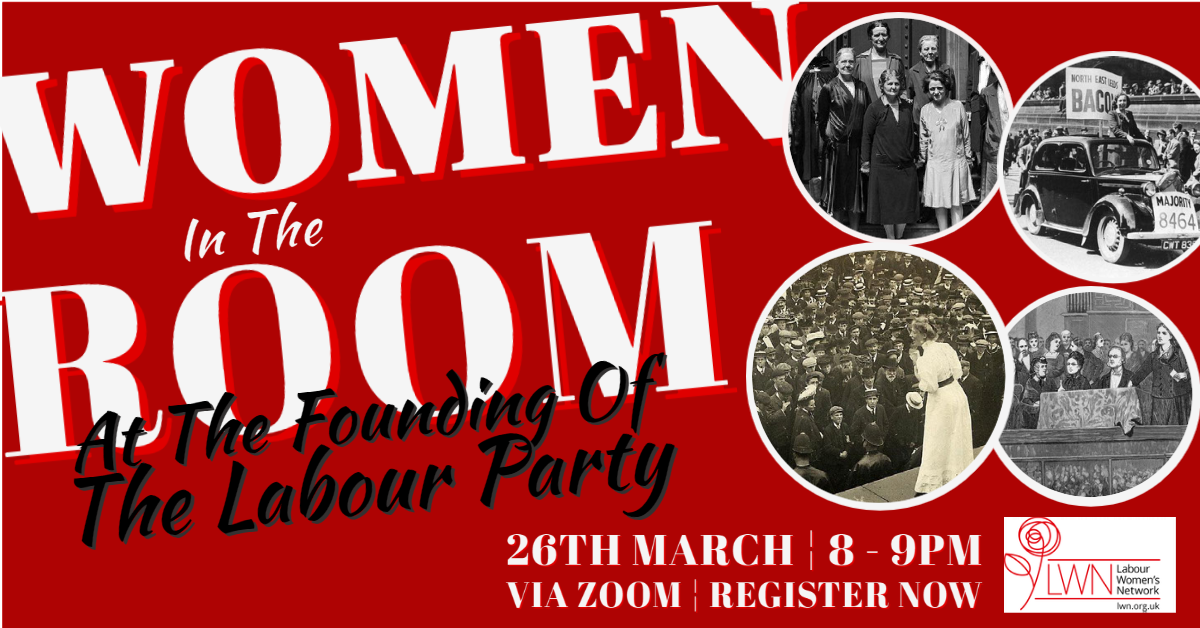 Women played a significant role in the founding of the Labour Party but have often have been almost completely written out of our history until our very own Nan Sloane published her 2018 book, The Women In the Room: Labour’s Forgotten History.

Nan Sloane, LWN Lead Trainer, is currently writing her second book about radical, reforming and revolutionary women at the turn of the 19th century which is set to be published later this year.  Kiran Mahil leads an "in conversation" style event, with Nan also reading to us from The Women in the Room.

Kiran, originally from Birmingham is now a secondary school leader and history teacher in East London, as well as LWN Secretary.  Before her career change into history teaching, Kiran was the Labour Party's National Equalities Officer, at the time of Labour’s Equality Act. She also worked for Rt. Hon. Yvette Cooper MP, where she was part of the team who revealed that women were being hardest hit by austerity cuts. 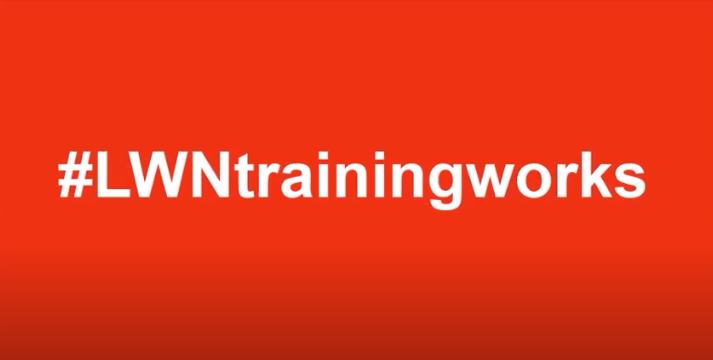 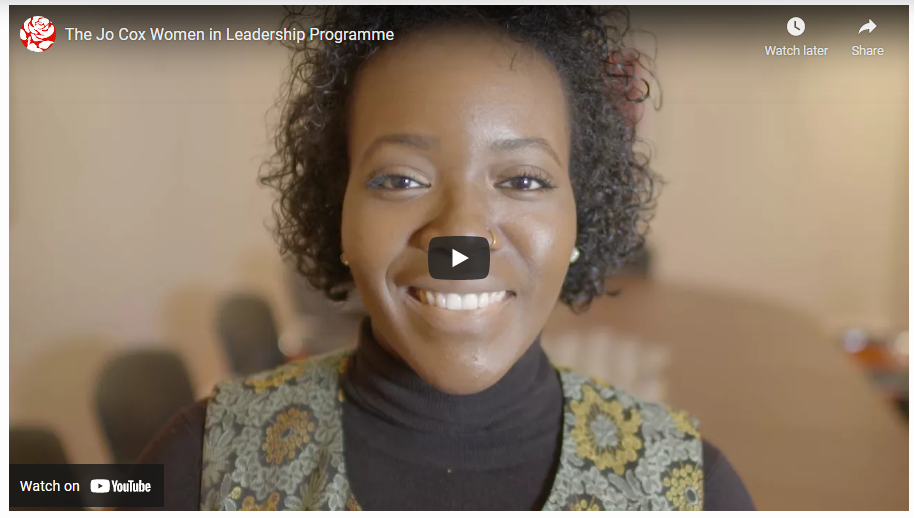