On June 1st Brighton and Hove Labour were proud to launch their campaign for a blue plaque to honour Margaret Bondfield the first woman cabinet minister in Britain. 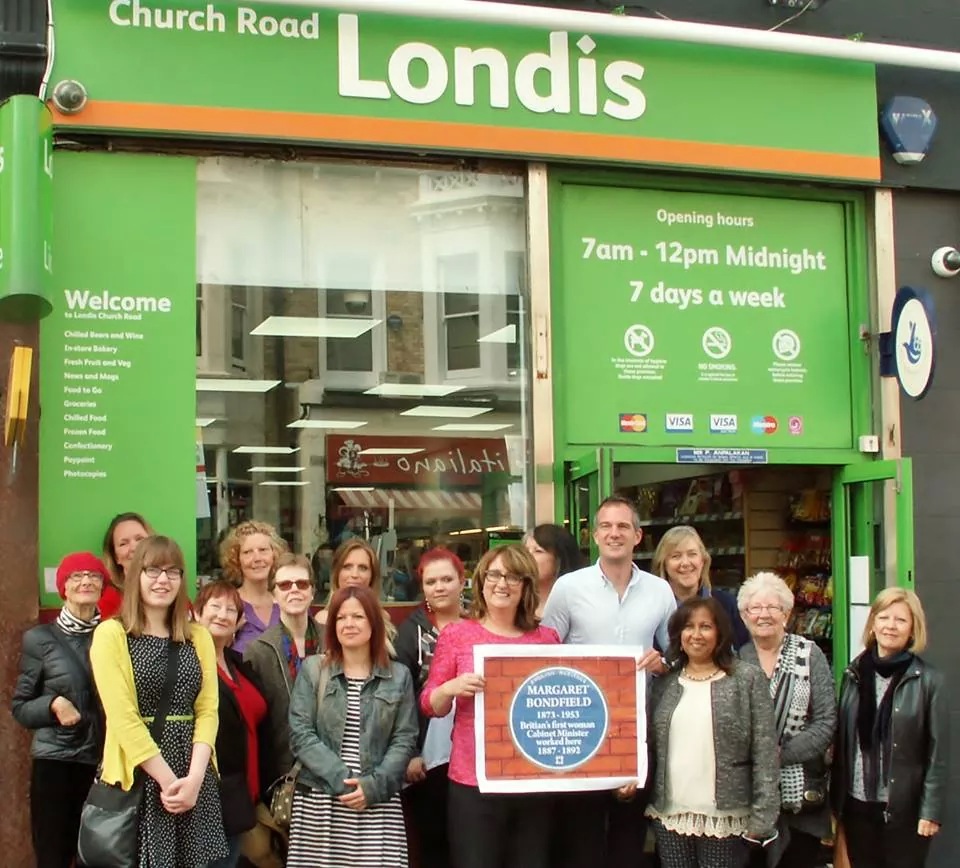 The campaign is being driven by Labour’s PPC for Hove & Portslade Peter Kyle who discovered that his new campaign office was on the same street that Margaret Bondfield once worked at a draper’s shop.

It’s well documented that Margaret Bondfield left home aged 14 to serve an apprenticeship in Hove and that it here she became friendly with one of her customers, Louisa Martindale, a strong advocate of women's rights. Louisa introduced Bondfield to other radicals and books which were an important influence on her political development. Trying to discover the place where the seeds of Margaret’s politics and feminism were sown proved difficult. Local records, historians and experts were consulted but the only information available was that the owner of the shop was called Mrs White and that the store was on Church Road.

Nine months later it was a local party member, John Warmington, who found a Mrs White, ladies’ outfitter, recorded at 14 Church Road in a street directory for 1888. It was the breakthrough we all needed.

So after ten months of work we were delighted to be joined by LWN committee member and the first woman home secretary Jacqui Smith to launch our campaign for a blue plaque.

In 2014 the shop is still there at number 14 – except it is a Londis convenience store. It's amazing to think of the history that was sparked in that place that no-one realises as they pop in for a pint of milk 127 years later!

If you want to find out  more about the campaign or how you can help Labour's three fabulous Brighton and Hove candidates get elected visit www.brightonhovelabour.com